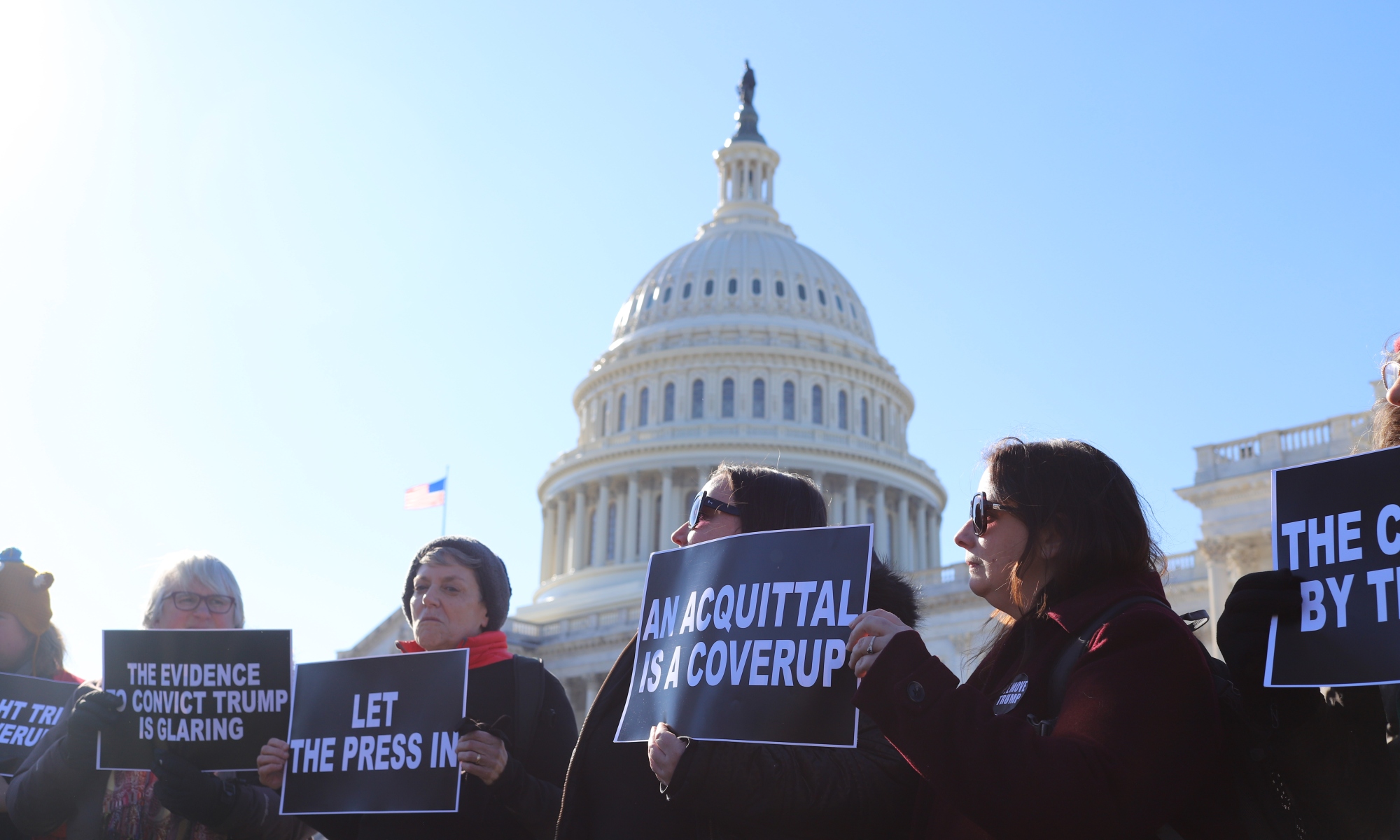 Protesters gathered in the Hart Senate Office Building and marched to the Capitol as the impeachment trial of President Donald Trump begins on Tuesday (January 21). They met with another group in front of the Capitol, made noises banged pots and pans, and chanted. The protesters were met with a small but loud resistance by several Trump supporters including Ben Bergquam of Fresno-based “Frontline America” and Will Johnson the host of Infowars, who constantly confronted them about their beliefs.